We use cookies to operate this website and to improve its usability. Full details of what cookies are, why we use them and how you can manage them can be found by reading our Privacy page. Please note that by using this site you are consenting to the use of cookies.

Our Top Ten of British Science Week: The Best Bits!

Our Top Ten of British Science Week:  The Best Bits!

Here at Action Sealtite we love to celebrate the great and wonderful world of science and engineering. As a company full of tech and engineering geeks ourselves, we know how cool it actually is to be a science head! From sponsoring the Bloodhound Project SSC to testing our own products and investigating new ones, we love to be involved. Imagine what fun we’ve been having listening to all the buzz surrounding British Science Week 16 over the last week. We have rounded up our favourites for you here!

But First, What is British Science Week?

British Science Week (BSW) is a ten day long campaign aimed at celebrating all things STEM (Science, Technology, Engineering and Mathematics) throughout the UK. Events have been organised and hosted by a number of schools, private companies, and organisations, so the mix of those taking part has been wide and diverse, and includes people of all ages, backgrounds, and abilities.

BSW is coordinated by the British Science Association and is funded by BIS (Department for Business Innovation and Skills). Anyone can get involved and organise an event. Find out more here! Link to the website.

Why? What’s the Point?

Everyone has their own reasons for being involved, but we think BSW is doing a fantastic job of promoting STEM, making it accessible to all, and especially getting young people involved and excited. It’s not all about elbow patches and tweed!

The first British Science Week was held in 1994.

Check the BSW website for more details and to stay informed on any future events. https://www.britishscienceweek.org/

Our Top Ten Round Up

The Bat Detectives certainly deserve the top prize for the most tweets across the week! This fabulous project is collecting data on bat calls from around the world, by getting people to listen out for their own and register it on their website.

Bat populations are an early indication of the health of the environment so monitoring these is critical. The level of involvement Bat Detectives (www.zooniverse.org) managed to generate with this campaign was staggering and saw the number of new classification’s reach the dizzying heights of 110,871 (correct at time of writing 21st March).

Earth Hour is organised by the World Wildlife Fund and encourages people from across the globe to switch off their lights for one hour in celebration of our planet and to remind people that we all have a responsibility to protect the future of the planet. This year the hour was held on the 19th March at 8:30, but the WWF is encouraging us all to think about this on a daily basis.

We think this event produced some of the most dramatic images of the week! Nice work! 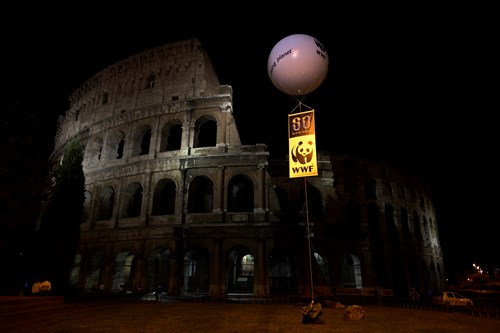 In 2010, two physicists, Ben Lillie and Brian Wecht met at a storytelling show, and from there founded the The Story Collider. Their website features a grand collection of true stories from all corners of science. The storytellers you’ll find here are physicists, comedians, neuroscientists, writers, actors, and doctors amongst others. Some of the tales will make you laugh and smile, while others provide a more grounding glimpse into the world of science. Beautifully presented, the website allows visitors to listen to the stories being told by their originators and there is also a weekly podcast! Story Collider held their own event for BSW which we saw on Twitter, go check them out!

Not sure we'd be able to charge our phones but we did power some fairy lights #demoday16 #lemonbattery pic.twitter.com/aGgzV23gGD

Robotic and Autonomous Systems (RAS) are robotic systems that can perform tasks without us humans. This topic has long been the stuff of science fiction and often regarded with trepidation. We didn’t attend this debate, but we enjoyed the recording, which you can find here:   http://www.britishscienceassociation.org/future-debates

For more events in this series, check out the Future Debates Events Bright page.

Go Science Grrl! They hosted a night of entertainment with the British Science Association, which included Music, Comedy and Dancing with a good measure of Science mixed in too! Sounds right up our street!

These experiments are well worth checking out! Go get your geek on, but have a real good time at it!

#8 – Water into Wine… or Whiskey into Fuel

Turning whiskey into transport fuel?! We tweeted about this in the week. At first we were concerned about the potential waste of whiskey, but when we investigated this further, we realised it was just an ingenious way of recycling the waste! Good work, Dpt. Transport!

Turning whisky by-product into transport fuel. How do they do that? #BSW16 #ScienceisGREAThttps://t.co/73feLXBw5t

Buzzfeed making another appearance. This post provides us with some excellent looking fun-in-kitchen experiments to try at home, including how to grow giant gummy bears …nomnomnom!! 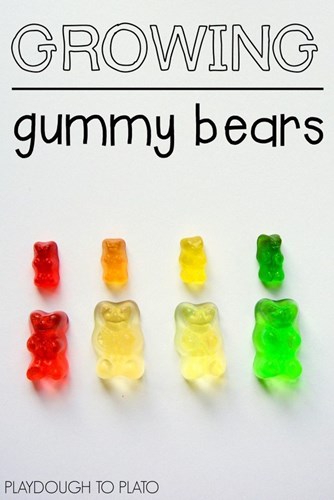 This is a recurring theme! Is artificial intelligence a friend or foe? This article is very interesting, and so is the site. Take a look!

Did you attend any of the events or were you organising any? We'd love to hear from you!